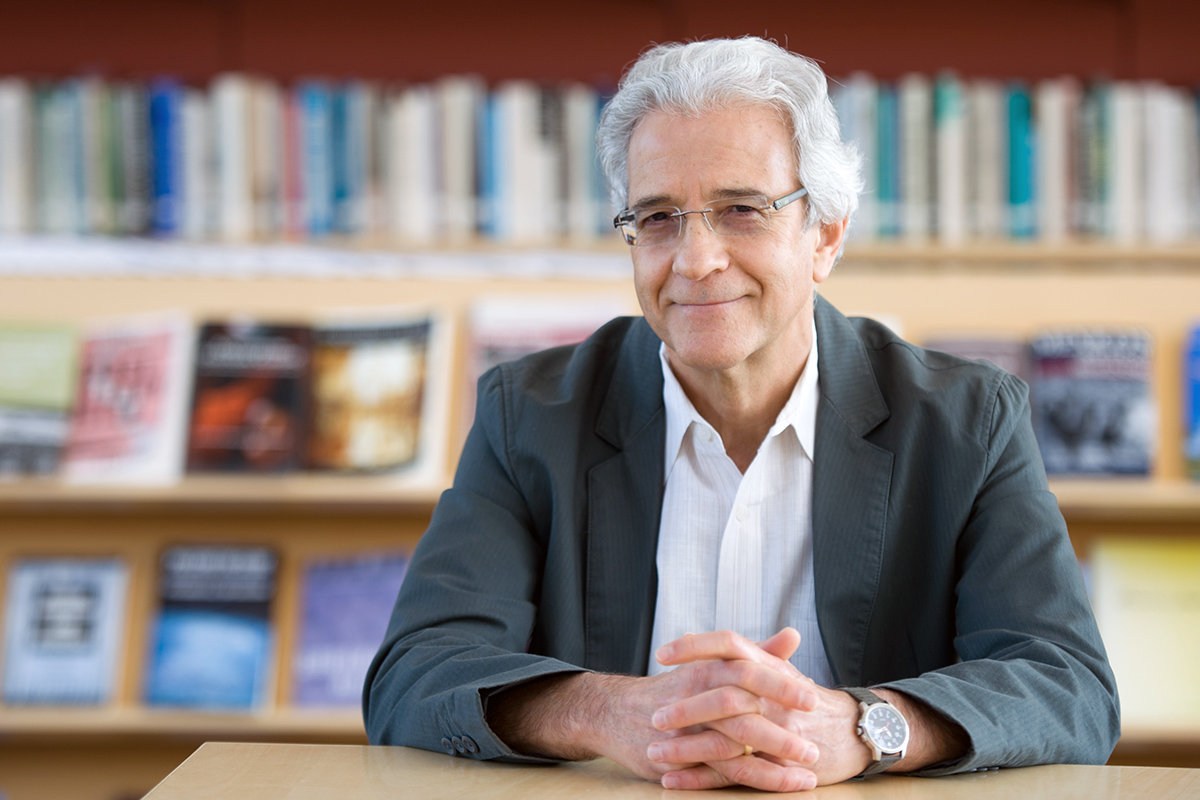 Anatomy of Genocide: The Life and Death of a Town Called Buczacz

Dr. Michael Sokolow (History) shared the life and legacy of Dr. Bernard Klein, former Chair of the Department of History, Philosphy and Political Science and Holocaust Survivor, and Dr. Debra Schultz (History) introduced Dr. Bartov and to contextualized his presentation to current times. With an attendance of approximately 120 students, faculty, staff and community members, Dr. Bartov guided us through the history of genocide. He explained how for many years, the town of Buczacz, which today is part of Ukraine, was the home of a highly diverse population. Poles, Ukrainians, and Jews lived there as neighbors and families in relative harmony until World War II came along and three years later the entire Jewish population had been murdered by German and Ukrainian police, while Ukrainian nationalist also eradicated Polish residents. During the lecture, Dr. Bartov talked about how ethnic cleansing does not just happen with the rise of a malicious political leader and the release of military power, as we often see portrayed in history, rather it begins peacefully and unnoticed, with the release of suppressed resentment and bitterness. He explained how the perpetrators weren’t just sociopath soldiers, monsters, or foreign people whom they didn’t know. They were actually, neighbors, friends and families, people they went out with, who frequented the same places, bought the same things, acted and talked in the same manner.

When we think of people who have done terrible things, we often view them as monsters, outsiders, or some sort of abstract person that has caused us harm, however, we fail to realize that those people are very similar to us, they are not abstract, they are people we know and have spent time with, they are our neighbors, acquaintances, friends, and families. I thought it was very interesting that Dr. Bartov focused on this part of the history of genocide, it is important to understand that this did not just happen out of nowhere, that those people were not strangers. They were part of a community, they had children, wives, mothers and fathers. It is important to know that those people knew what they were doing and who they were hurting. It is important that we know and understand this because if we do not, we risk history repeating itself.

Dr. Bartov said in his book The Anatomy of Genocide, “We are merely one link in that fragile yet astonighly resilient chain of generations, of fate and struggle, of which history’s relentless unfolding of events is made. Who we are, what we remember, how we raise our children, what we say and believe in and cherish and despite – these are the combined consequence of haphazard chance and human action, taken for reasons good and bad, deliberate and thoughtless, by us and by our ancestors.”

This event was made possible through funding provided by Humanities New York for the project, Holocaust Remembrance.

Loading Comments...
Need help with the Commons? Visit our
help page Send us a message

Built with WordPress Protected by Akismet Powered by CUNY